Congratulations to union carpenters in Billerica, Mass! Monday, members attended a meeting where a Responsible Employer Ordinance was passed that will allow the town to stop construction on projects where basic laws are being violated.

Union carpenters Matthew Corum, Tyler Tranni, James Kwedor, Scott Linstrom and Ismael Vicente (pictured, with Carpenters Local Union 339 Representative Kevin Kelley) were among the Billerica residents who attended the meeting. Thanks to them for coming out to make a difference in their community! 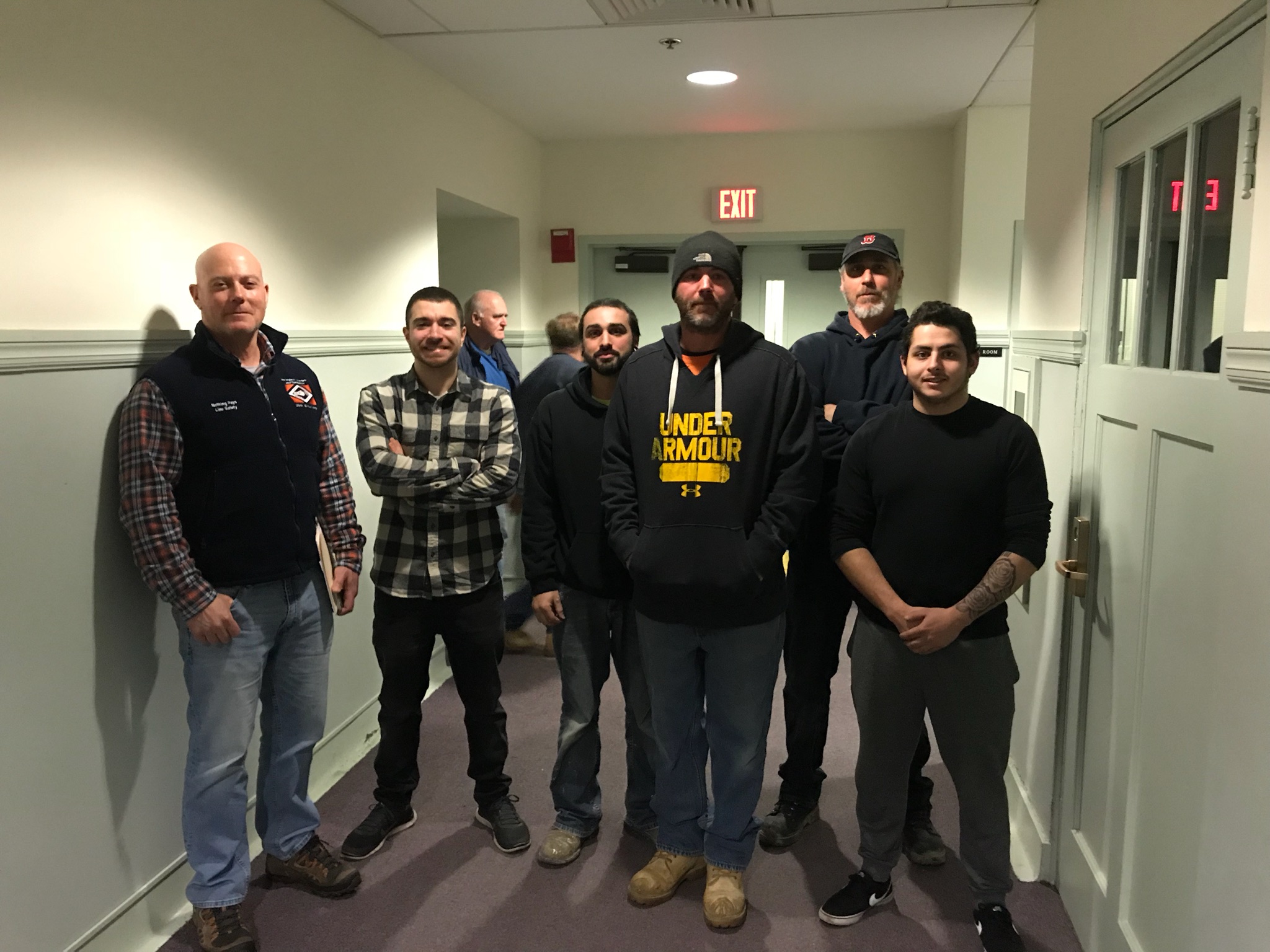 The ordinance passed by a 4-1 vote, with one member of the Planning Board abstaining. It prohibits contractors debarred in the past three years; prohibits contractors found to be in violation of workers comp, misclassification, payroll taxes, income taxes prompt payment, prevailing wage and other wage and hour laws. It requires contractors to carry required workers' comp insurnce; properly classify workers as employees, not independent contractors; and comply with the Massachusetts Health Care Reform law.

Rather than rely on multiple state or federal agencies to react, the ordinance gives the town authority to suspend a project's building permit.

"If any person or entity that is subject to the foregoing fails to comply with any of the qualifications and conditions with respect to work on the project, this Permit shall be deemed temporarily suspended and all construction work on the entire project shall cease immediately upon issuance of a stop work order until further notice.”

By suspending the building permit, general contractors and construction managers are not able to skirt responsibility for the subcontractors they hire for their projects.

Featured Posts: Members in Billerica get a win »
Links We Like: